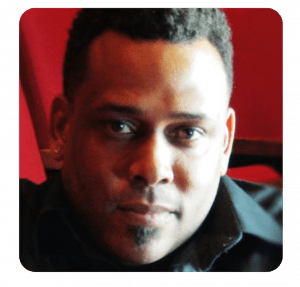 Daryl D. Brooks (he/him, Director) is a Chicago  based Director, Writer and Actor who was born and raised in Waynesboro, Virginia. He is currently the Producing Managing Director of the Black Ensemble Theater. His musical revue, You Can’t Fake the Funk: A Journey Through Funk Music, premiered at Black Ensemble Theater and earned him an African American Arts Award, Black Theater Alliance Award, and the Joseph Jefferson Award for Best Musical/Revue. His production Men of Soul also received multiple awards and nominations including the Chicago BroadwayWorld nomination for Best Director for a Musical/Revue, a Jeff Award Nomination for Best Director of a Review, and was selected for production at The National Black Theater Festival. He has directed over fifty productions and some credits include; Black Pearl: A Tribute to Josephine Baker, Women of Soul (Black Ensemble Theatre), Memphis (Porchlight Musical Theatre), Million Dollar Quartet (Theatre At the Center), Akeelah and the Bee and Fast Food Chain (Adventure Stage and Northwestern Settlement). In 2019 Daryl received the Chicago Defender’s Men of Excellence Award for building diversity and equity within the Chicago theater community. Maya- Daddy Loves You! 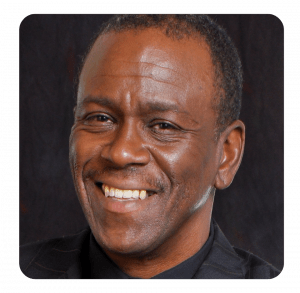 Robert Reddrick (he/him, Music Director) is the Music director and drummer for Chicago’s Black Ensemble Theater. He is a seven-time recipient of the Black Theater Alliance award, and five-time nominee for the Joseph Jefferson award for best music director.  Additionally, he has been music director for projects at Steppenwolf Theatre (Traffic series), University of Illinois, Free Street Theater, as well as drummer for many other productions throughout Chicago.  In the late 1990’s he toured with “The Platters featuring the Legendary Monroe Powell”, and travelled worldwide with them.  He also has his own band, “The R2Project featuring Bonnie Phillips” with CD’s available online. Robert has performed, produced, and engineered many recordings for local Chicago artists. “I am extremely excited to work on this project for Porchlight! Thank you, Daryl Brooks, and Michael Weber, for thinking of me! Thank you to Jackie Taylor for allowing me the time “away from home”. And a special thank you to my wife Bonnie for her continued love and support. 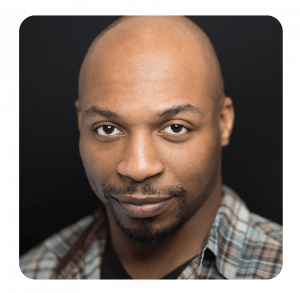 Rueben D. Echoles (he/him, Choreographer/Costume Designer) Mr. Echoles is an accomplished playwright, director, choreographer, and designer. He is an Associate Artistic Director for Black Ensemble Theater and has been since from 2005. Rueben has had the pleasure of working with many theater companies across the country and in the Chicagoland area such as ETA creative Arts Foundation (Director/Choreographer/Costume designer Showfolk TYA, Co playwright with Euseni Eugene Perkins ‘Voices of HIV’) Congo Square, Refuge, Porchlight Music Theater (costume designer), Paramount (asst. wig designer) and Studio One Dance Theater (playwright, director creative consultant 2003 – present), just to name a few. His most recent projects include  Call Me Madam (costume design PMT) “A New Attitude, In Tribute to Patti Labelle”, “My Brothers Keeper: The story of the Nicholas Brothers” and “The last Dancer Standing” (playwright/director/Choreographer Black Ensemble Theater) Rueben is thrilled to be a part of this amazing project!!

“Being raised in Waynesboro, Virginia (a small town off of Highway 81), I relate to Pump Boys & Dinettes in a whole different way. The connection of community and values really strikes a chord with me. Today, times have changed and people have changed, but not the sense of community. When Porchlight asked me to direct Pump Boys, I realized that it was time to show off the diversity not just in the people, but the music! At every turn, this show will be a slice of comfort and excitement, just like a piece of my grandma’s lemon meringue pie!” 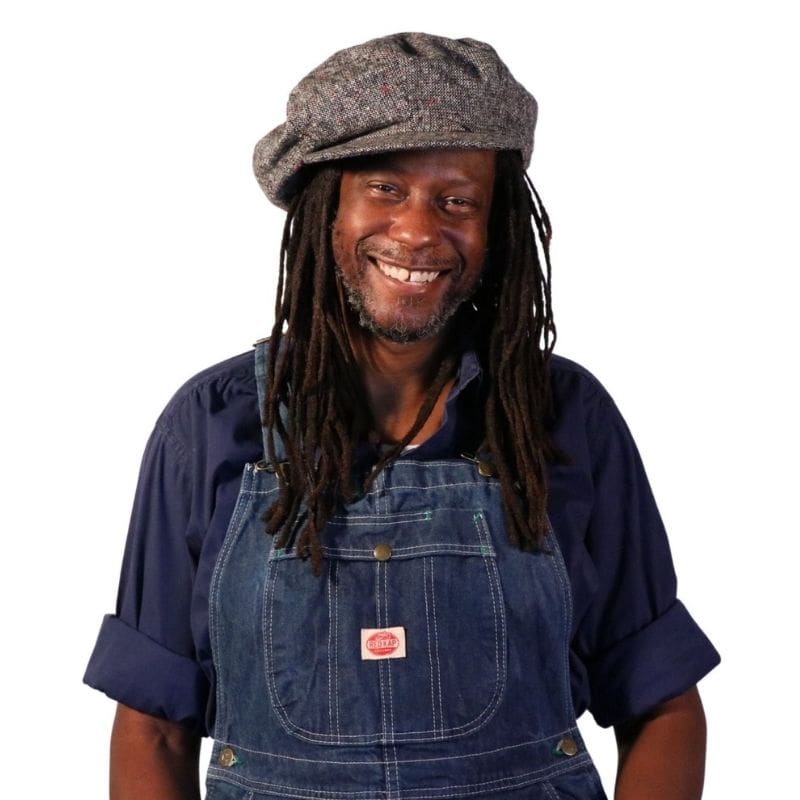 Born on Chicago’s South Side, Rafe began his professional career at age 16 playing in steppers lounges. He received a full scholarship to study Jazz and Classical bass at the University of Illinois Urbana after which performing with many jazz legends including McCoy Tyner, Nancy Wilson, Stanley Turrentine, and Chicago legend Ghalib Ghallab. Later Rafe became an original member of the Tom Joyner Morning Show Live-House Band where he was privileged to perform with Luther Vandross, Mavis Staples and others. Many TV commercials followed with the famous voices of Barry White, CeCe Winans, Patti Austin, and the Oprah show theme with Patti LaBelle. In recent years you could catch Rafe on NBC’s the Bonnie Hunt Show where he performed with Late Night’s Paul Shaffer and drumming legend Harvey Mason. Now back in Chicago, Rafe has been the bass foundation for many Jeff nominated musicals. 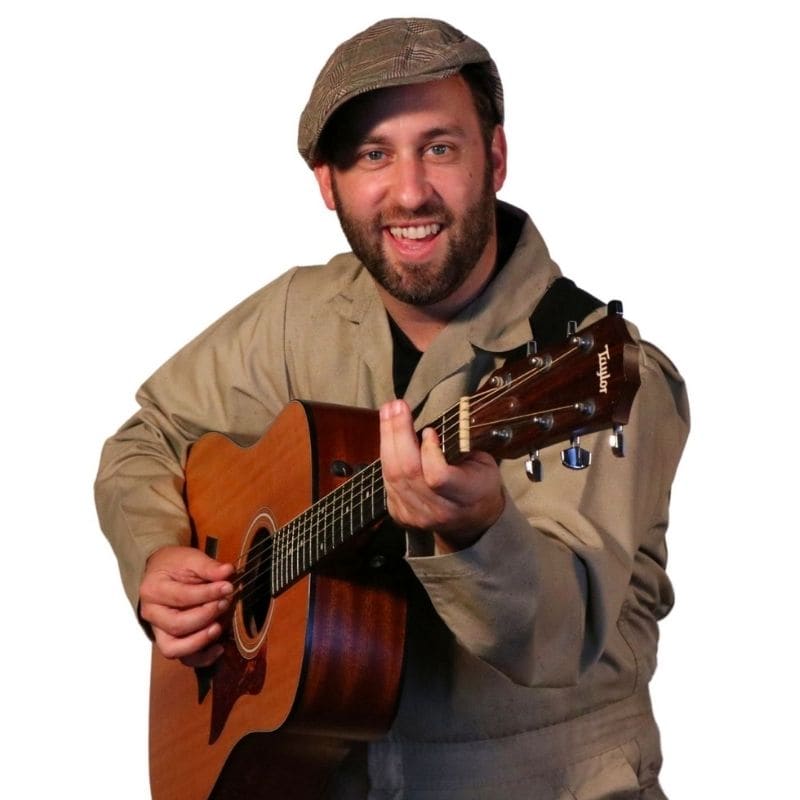 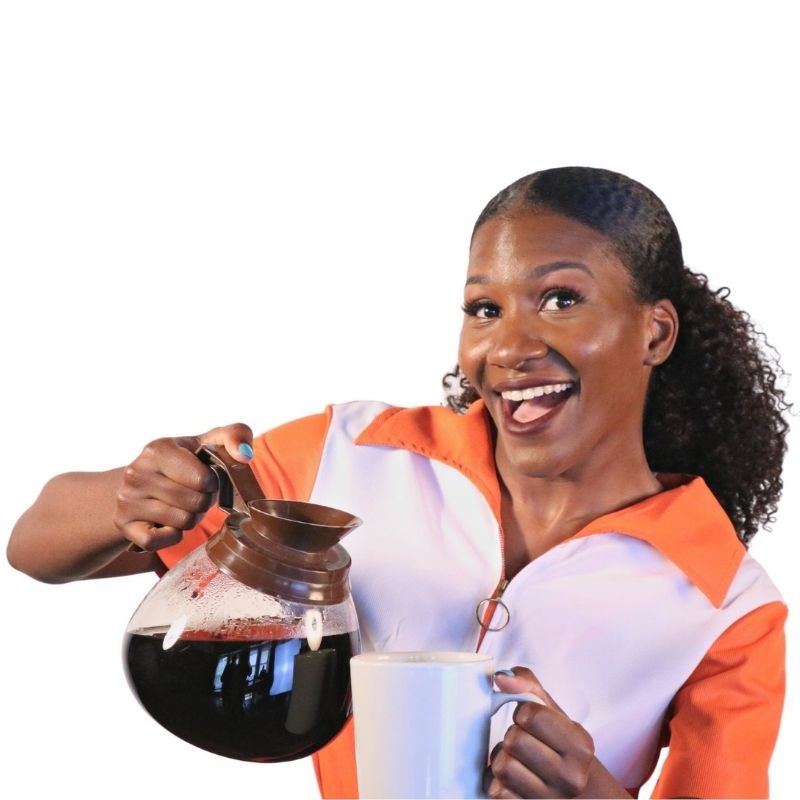 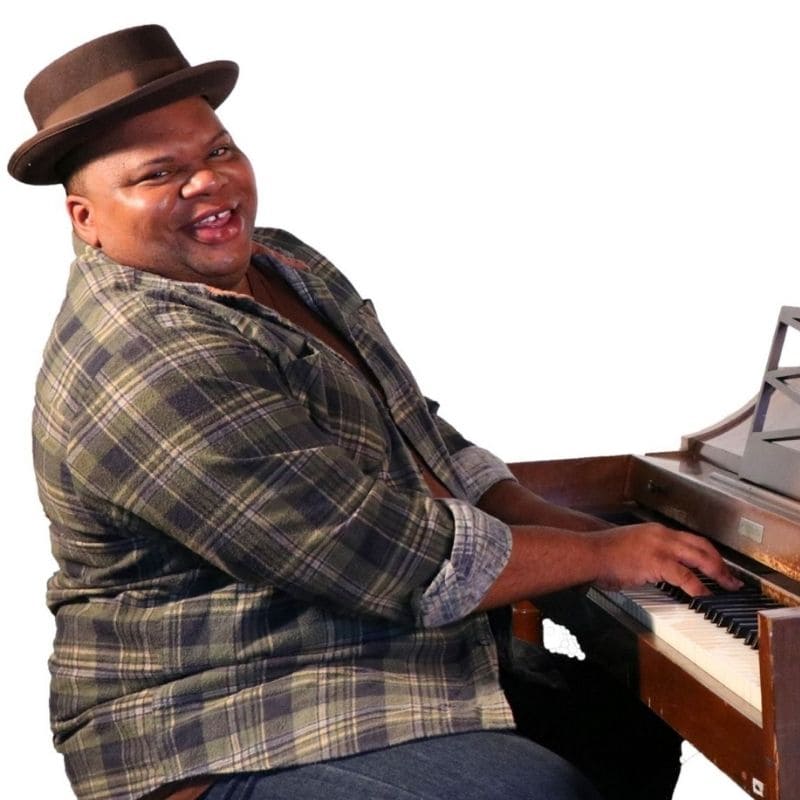 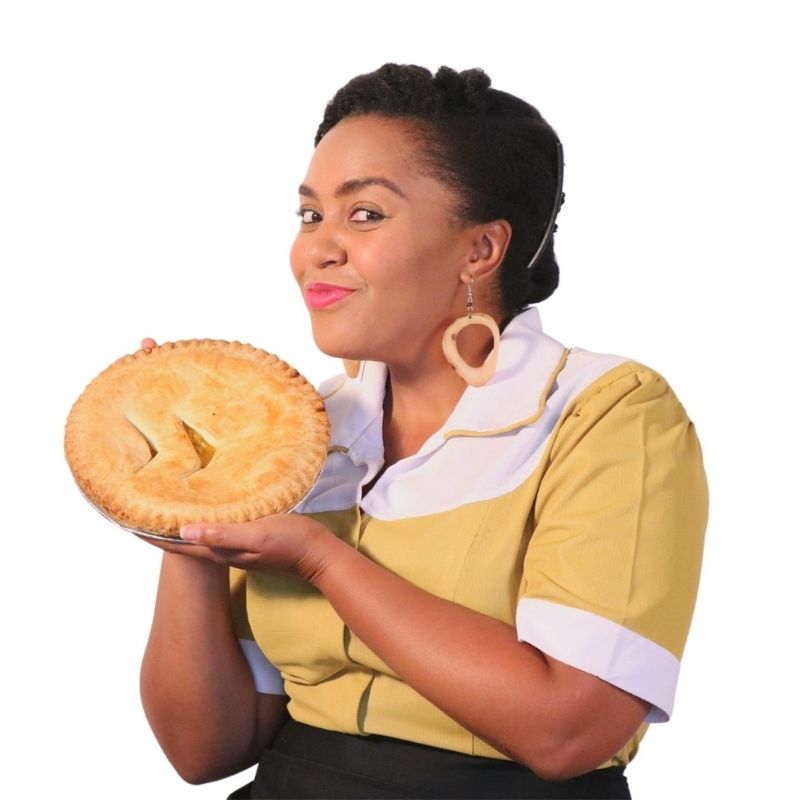 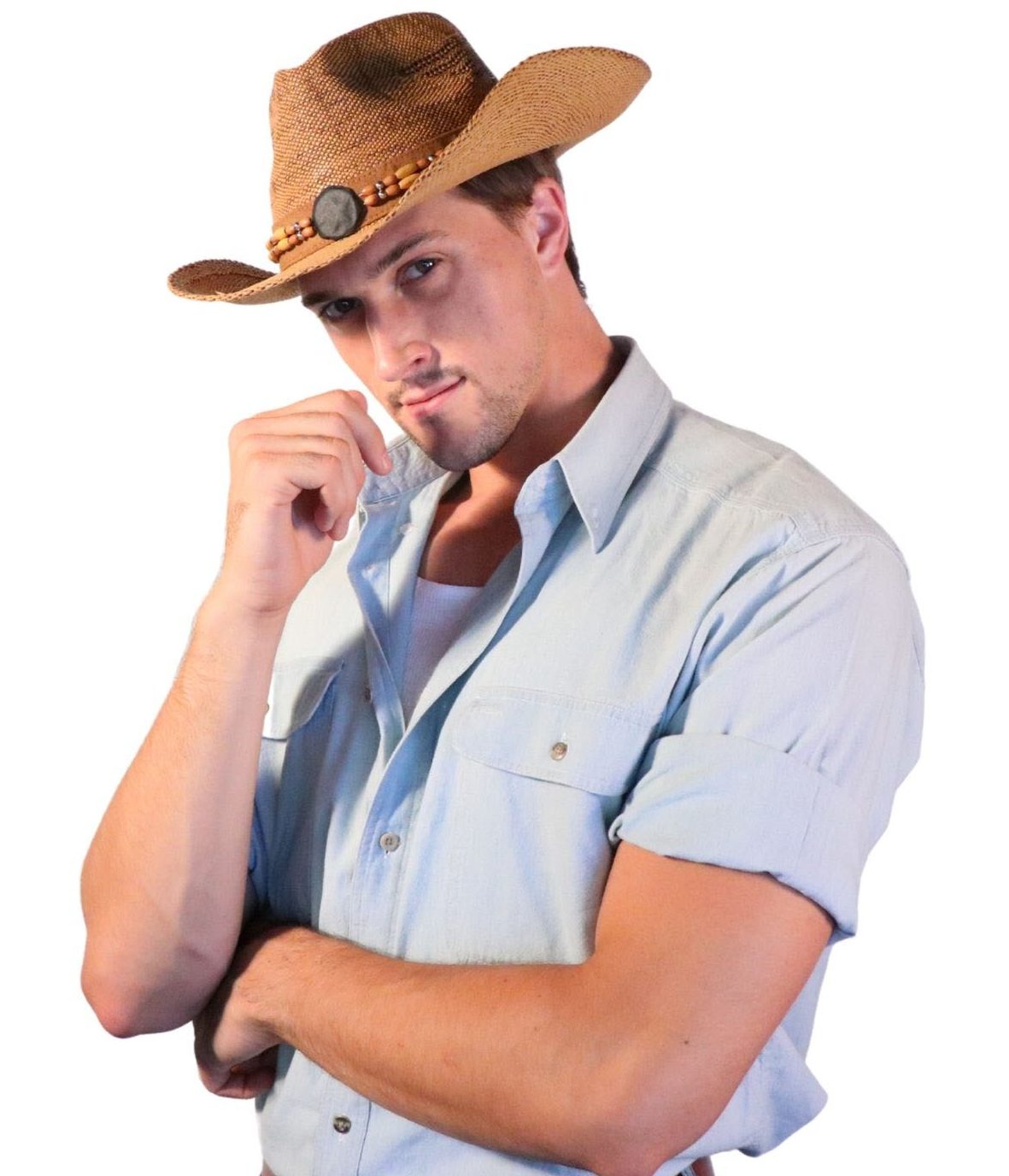 Porchlight: “Joe Gillis” in Sunset Boulevard, “Voice of Vernon” in Porchlight Revisits They’re Playing Our Song. Chicago: Grease, Murder for Two (Marriott Theatre), and Beauty & The Beast (Drury Lane Oakbrook). Billy has traveled the country on the National Tour of Million Dollar Quartet, and is so grateful to be back onstage making music with friends after so long. For more of my music, art, and performances, follow @billy_rude or www.billyrude.com

Stefanie is delighted to be coming back to Chicago theatre in her first show with Porchlight. She is a Chicago-based sound designer and engineer, but has also worked regionally. Favorite credits include: Whose Body? (Lifeline), Non-Player Character (Red Theatre), Working (The Depot Theatre), Top Dog/Underdog, & Rock of Ages (both Lake Dillon Theatre Company). Stefanie works on the podcast I’ve Been Meaning To Listen To That. Her next project is an audio drama of Sense & Sensibility with Lifeline. Website: www.stefaniemsenior.com.

Caitlin (She/her) is a multi-disciplinary theatre and film artist who works in prop, costume, and production design. Chicago: prop design for Sophisticated Ladies (Porchlight Music Theater), The Last Pair of Earlies, A Doll’s House (Raven Theatre), A Recipe for Disaster, Every Brilliant Thing, The Recommendation (Windy City Playhouse); costume/prop design for The Gulf (About Face Theatre). Film: production design for The Care and Keeping of You; production/costume design for Trading Hearts with Victor Shaw, CLAMBAKE (upcoming); costume design for The Last Stand of Bobby Coe (upcoming). Caitlin is the Director of Production at First Floor Theater.  www.caitlinmccarthy.net

Rachel has been serving as the lighting supervisor for Porchlight since the 2016. She has designed the Porchlight Revisits productions of 1776, Can-Can, Minnie’s Boys and Call Me Madam and more recently the Porchlight Palooza virtual fundraiser. She is a Chicago-area native and a graduate of Boston University. Rachel proudly volunteers for the Maine-Niles Association for Special Recreation, teaching theatre for individuals with special needs.

Denise is thrilled to be back to work with Porchlight Music Theatre! Selected credits with PMT include Sophisticated Ladies, A Chorus Line (Jeff nomination),  Gypsy,  Memphis, Billy Elliott (Jeff nomination), In the Heights and Dreamgirls.  She would like to thank Michael for the opportunity and Rachel for being awesome.  When theatre exists, her work can regularly be seen at Porchlight, Theatre at the Center, Mercury Theatre Chicago and Black Ensemble Theatre.  Love to Daryl and Maya.

JENNIFER APARICIO (Production Manager) has been working in the Chicago theater scene for the past several years as a freelance production manager and stage manager. Select production management credits include work with Teatro Vista, Sideshow Theatre Company, Oak Park Festival Theatre, and 16th Street Theater. As a stage manager, credits include work with The Goodman Theatre, Theatre at the Center, Oak Park Festival Theatre, 16th Street Theater, and Lifeline Theatre. Jennifer is an Artistic Associate with Teatro Vista and 16th Street Theater and is a member of Actors’ Equity Association.

Andrea Enger (She/Her) is happy to be working with Porchlight Music Theatre for the second time after working with them on SOPHISTICATED LADIES. Some of their credits include SOUTHERN GOTHIC at WINDY CITY PLAYHOUSE, PICNIC at AMERICAN THEATRE COMPANY, and GOOD FRIDAY at ORACLE PRODUCTIONS. They have also worked with ABOUT FACE THEATRE on THIS BITTER EARTH, BULL IN A CHINA SHOP, and SIGNIFICANT OTHER. They have a BA in Theatre from Columbia College Chicago. 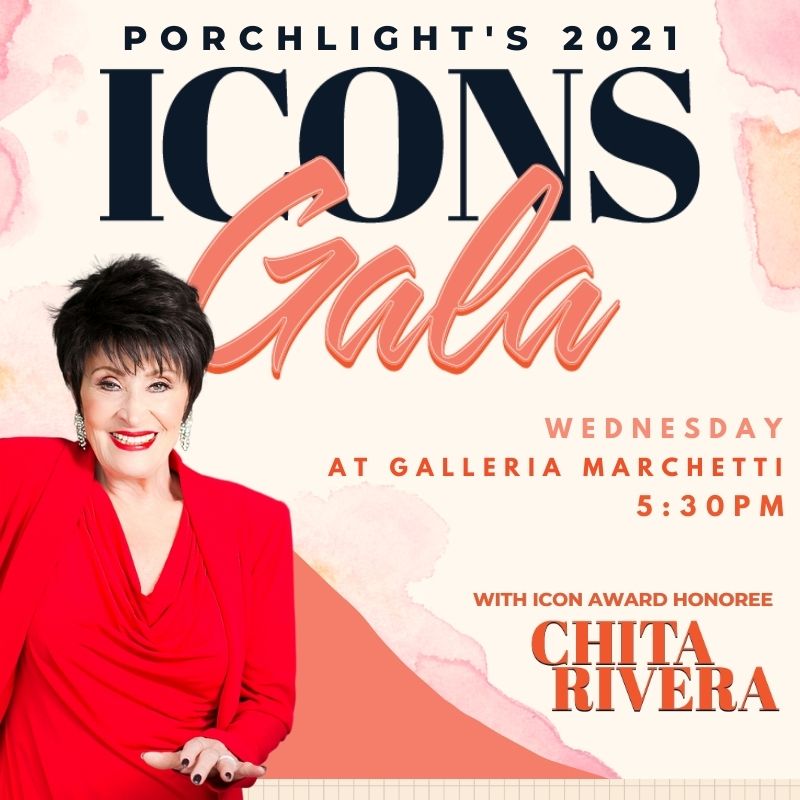 Celebrating 26 years of Porchlight as the center for music theatre in Chicago, Porchlight is proud to announce that legendary actor, singer, dancer Chita Rivera will be this year's ICON Award Honoree! 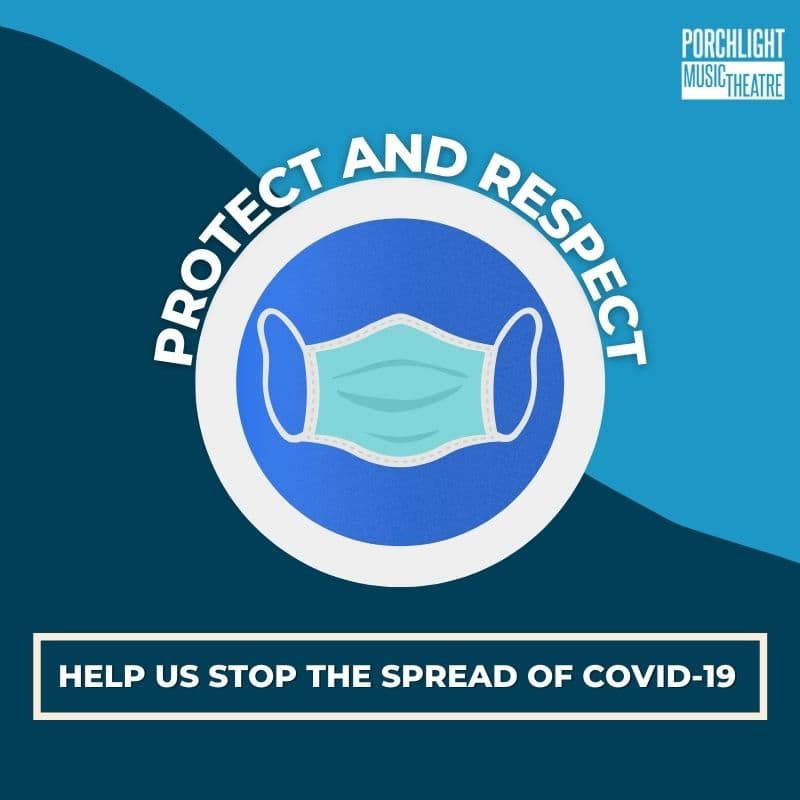