Bold and provocative, this landmark musical  shines a spotlight on Berlin in the late 1920s and the colorful, gritty and hedonistic lives found there. Filled with iconic songs and electrifying dance the story of American writer “Clifford Bradshaw’s” relationship with English cabaret performer “Sally Bowles” as the Nazi party is rising to power is one you’ll never forget. Overseen by an ominous “Emcee” at the fabled Kit Kat Club, Cabaret is an astonishing and eye-popping tale that has renewed resonance in today’s political climate. “Your table’s waiting” for this winner of seven Tony Awards, including Best Musical. 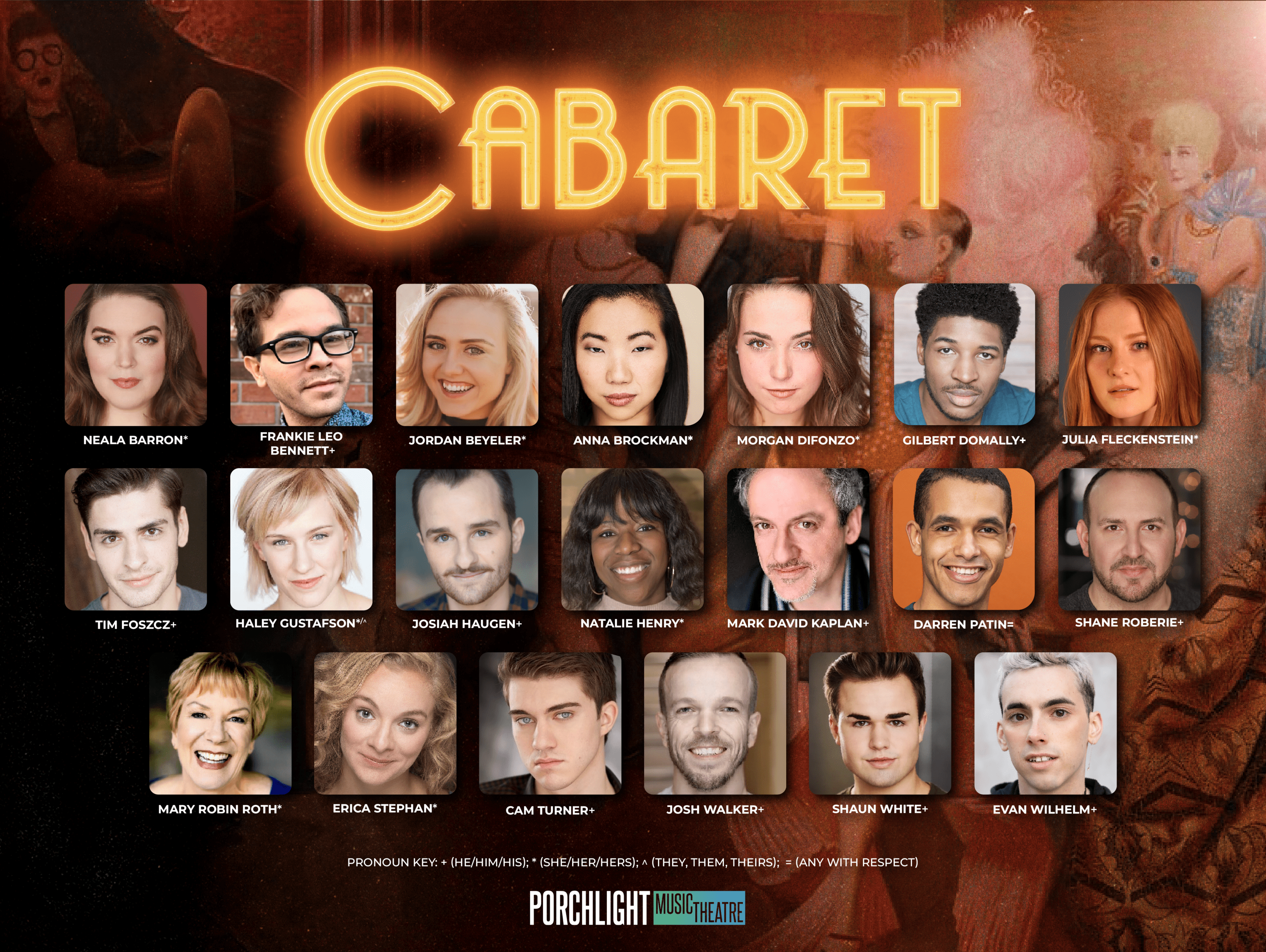 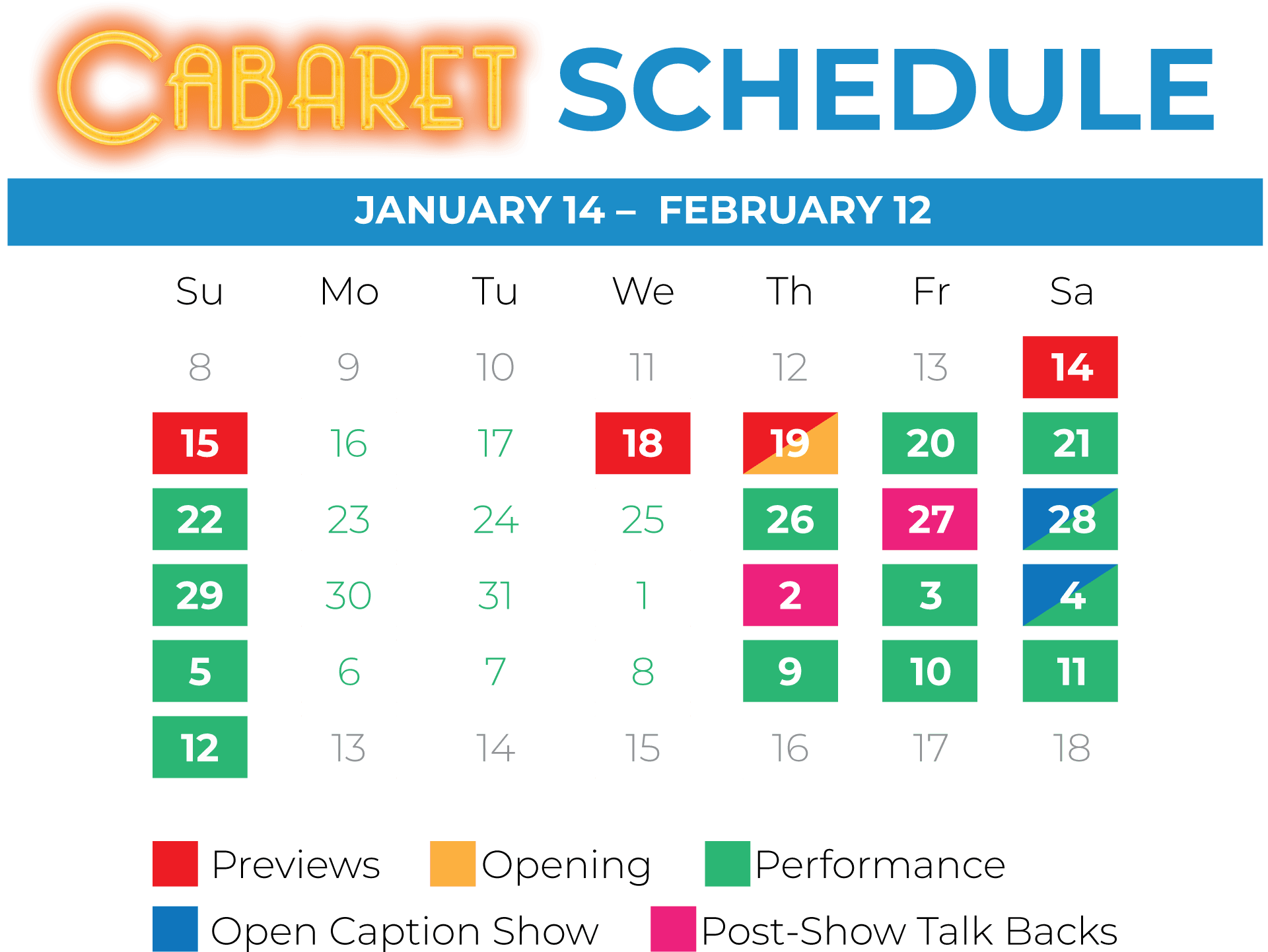 SINGLE TICKETS FOR CABARET RANGE FROM $25—$77 AND ARE NOW ON SALE.

For performance times and to purchase tickets, click on the BUY TICKETS button at the top or on the calendar above. Season Subscriptions are also available on sale, starting at $83. For more information on how you can save on season tickets, click here.

Based on availability, a select and limited number of Mainstage tickets will be on sale for $25 per ticket the day of select performances. Rush tickets are subject to availability and limited to two per person. All handling fees still apply.

When tickets are available, they may be purchased directly through our box office, either in person or via phone, when we open each day at noon (on Saturdays, Sundays, and select Mondays; box office hours vary). Tickets at 12 discounts cannot be combined with additional offers or applied to previously purchased tickets.

Based on availability, a limited number of student tickets are on sale for our Mainstage shows for $20 per ticket. Tickets are subject to availability and limited to two per student. Students must present a valid student ID when picking up tickets from will call. All handling fees still apply.

When available, tickets may be purchased directly through our box office, either in person or via phone, when we open each day. Student Ticket discounts cannot be combined with additional offers or applied to previously purchased tickets. 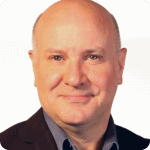 MICHAEL WEBER (Director) is the Artistic Director of Porchlight Music Theatre. Previously served as Artistic Director for the inaugural season of Drury Lane Theatre Water Tower Place (now The Broadway Playhouse) and at Theatre at the Center (1998-2004). His productions of Sunset Boulevard, Sweeney Todd, A Funny Thing Happened on the Way to the Forum, Pal Joey, Assassins and Side Show here, as well as Grand Hotel at Drury Lane Theatre Water Tower Place and She Loves Me at Theatre at the Center were each nominated for the Joseph Jefferson Award for Best Production-Musical. Directing credits include Living the History-125 Years of The Auditorium Theatre starring Patti LuPone and John Mahoney, Fifth of July and Talley’s Folly at the Oak Park Festival Theatre, The Petrified Forest at Theatre at the Center, Beauty and the Beast at Marriott Theatre, Over the River and Through the Woods at The Mercury Theater, A Funny Thing Happened on the Way to the Forum at Pheasant Run Theatre, and Cirque du Symphony at Sears Center Arena. The recipient of two Joseph Jefferson Awards, he wrote and directed nine Joseph Jefferson Awards ceremonies (2009-2018). Weber’s regional acting credits include Annie Get Your Gun and Gypsy (both starring Patti LuPone) at Ravinia, Disney’s My Son Pinocchio at First Stage Milwaukee, Around the World in 80 Days at Cleveland Playhouse, The Winter’s Tale and Henry V at Chicago Shakespeare Theatre, It Had To Be You (starring Cindy Williams and Eddie Mekka) at Little Theatre on the Square, Angel Street at First Folio Shakespeare, and The Gifts of the Magi at Indiana Repertory. Weber is proud to serve as a pledge host on WTTW, Channel 11, and is author of the play, WAR of the WELLeS. 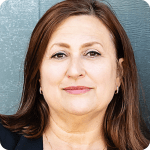 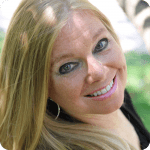 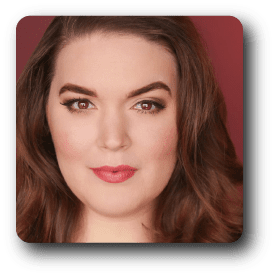 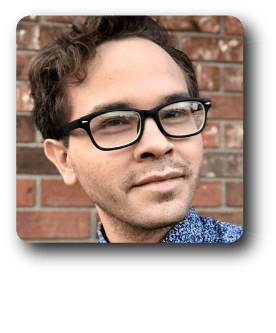 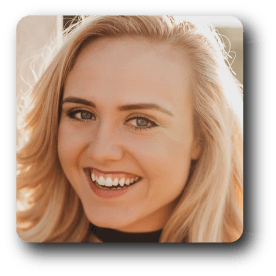 Jordan is a Chicago based dancer and dance teacher. Her previous performance credits include: West Side Story (South Bend Civic Theatre), The Polar Express (Universal Studios Chicago Cast), Joseph and the Technicolor Dreamcoat (Music Theater Works), A Chorus Line (Metropolis PAC), Anything Goes (Metropolis PAC), La Traviata (Lyric Opera of Chicago) and Norwegian Cruise Line. When not in the studio, Jordan is a judge for IDA and Applause Talent Competitions. 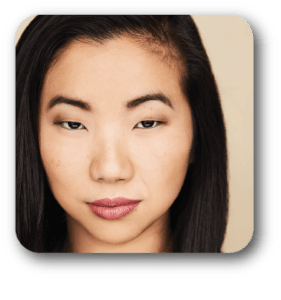 Anna is excited to be returning to Porchlight Music Theatre where she was previously seen in Sunset Boulevard and New Faces Sing Broadway 1947. Other Chicago credits include: Cinderella and Wizard of Oz (Paramount Theatre), Mamma Mia and Pirates of Penzance (Music Theatre Works), and Baked! (Chicago Music Theatre Festival). Anna holds a BFA in Musical Theatre from Millikin University and is represented by Paonessa Talent. All the love and thanks to her family, friends, and pup Grommet. IG: @annabrockman 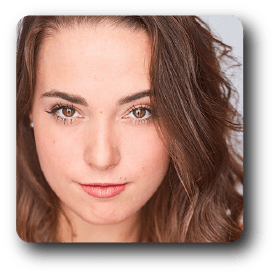 Morgan is so excited to be making her Porchlight debut in Cabaret! Originally from Los Angeles, California, Morgan moved to Chicago to obtain her BFA from the Chicago College of Performing Arts at Roosevelt University.  Recent: Cabaret (Metropolis Performing Arts Centre). Absolutely stoked to rejoin the Kit Kat club! Big thanks to her parents, friends, teachers and her students for all the support and inspiration! Wilkommen and enjoy the show! 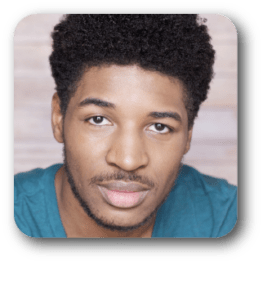 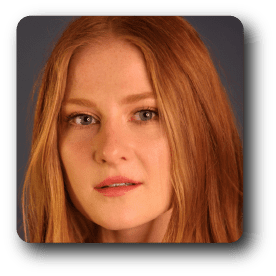 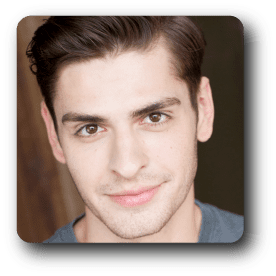 After last performing with Porchlight in 2020’s New Faces Sing Broadway 1987, Tim is really quite stoked to be making his mainstage Porchlight debut in Cabaret! Recent: Cliff, Cabaret (Metropolis PAC); Cinderella (Paramount Theatre); Beauty and the Beast (Drury Lane and Paramount); Wizard of Oz (Chicago Shakespeare). Regional credits: West Side Story, Pippin, Newsies, Into The Woods. Endless thanks to Kyle and the team at BMT and his family, as always. For and with you, Adele. @timothyfoz 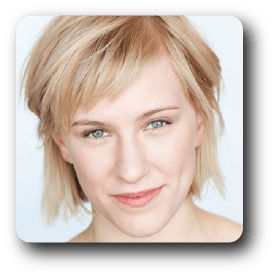 Haley is overjoyed to make her Porchlight Music Theatre Mainstage debut. Previous credits include New Faces Sing Broadway 1979 (PMT), Lizzie (Southern Plains Productions), ShakesFest, Wizard of Oz (Chicago Shakespeare Theater), Legally Blonde (Metropolis PAC), Education: Tisch School of the Arts at NYU, LINK Program, Class of 2022. Rep: Stewart Talent. “For politics is not like the nursery; in politics obedience and support are the same. ”- Hannah Arendt, Eichmann in Jerusalem: A Report on the Banality of Evil 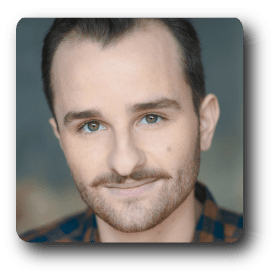 Josiah Haugen is grateful to be working again with Porchlight alongside the company of Cabaret. Recent credits include: New Faces Sing Broadway 1971 (Porchlight Music Theatre); “Beadle Bamford”, Sweeney Todd (Kokandy Productions), “Dan u/s”, Sex Tips for Straight Women From a Gay Man (Matt Murphy Productions). Education: BFA Musical Theatre; CCPA. He would like to thank his amazing family (both chosen and blood), his partner Jack and all those who have come to support along the way! 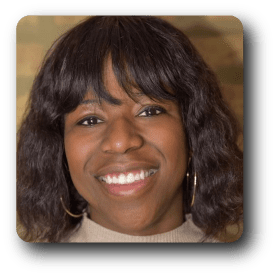 Natalie Henry is delighted to have her Porchlight debut in Cabaret with this cast. She has recently graduated college in May of 2022 from Columbia College Chicago.  Credits: Sister Mary Patrick in Sister Act at Metropolis Performing Arts Center and understudied the Urchins in Little Shop of Horrors at Citadel Theatre. Natalie is from Pella, Iowa where she and her twin sister were adopted into an amazing family who support them achieving their dreams in theatre. 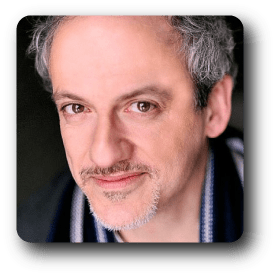 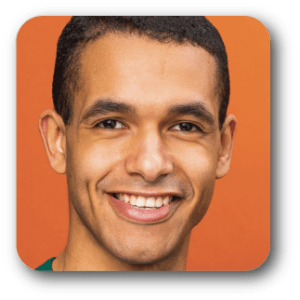 Darren Patin is so excited to be joining the cast of Cabaret! They were last seen at Porchlight in Sophisticated Ladies. Recent acting credits include Priscilla Queen of the Desert (Mercury Theatre) and The Tragedy of Othello, The Moor of Venice (Court Theatre). Recent Assistant Directing credits include Kinky Boots and Sweat (Paramount Theatre). In drag, they host every Monday and Tuesday night at Roscoe’s Tavern. They want to thank you for coming to the show, and they hope to see you around! 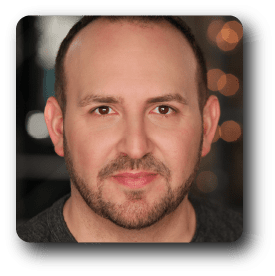 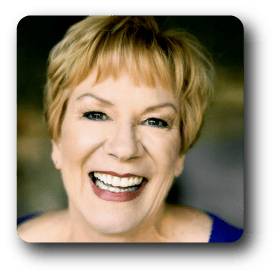 Mary Robin, “MR”, was recently awarded the Andes Award for Best Actress in a Drama as Ursula Widdington in the North American Premiere of Ladies in Lavender at Meadowbrook Theatre in Michigan where she also performed The Spitfire Grill, Arsenic and Old Lace, Nunsense and Nunsense 2. Chicago credits:  A Streetcar Named Desire (Lyric Opera w/Renee Fleming), Follies (Jeff and After Dark Award) and more. Nat’l. Tour: Evita. Toronto: Sunset Blvd. Broadway: The Mystery of Edwin Drood and Senator Joe. 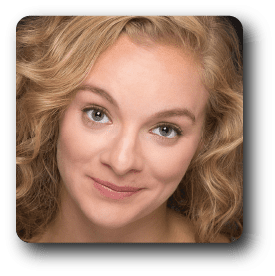 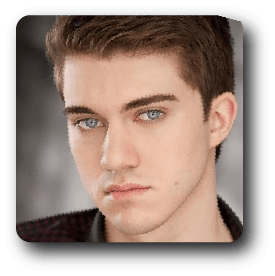 Cam is ecstatic to be back on stage with Porchlight in one of his favorite shows of all time. Performer/Choreographer/Director credits: Porchlight Music Theatre, Mercury Theater, American Theatre Company, Theo Ubique, Music Theatre Works and Pride Films & Plays (The Boy from Oz, Jeff nom.). Thanks to the Porchlight team for inviting him back on stage, friends and family for endless support and mom, who has kept pushing him to go after the dream. 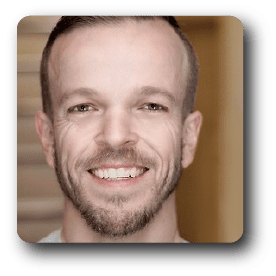 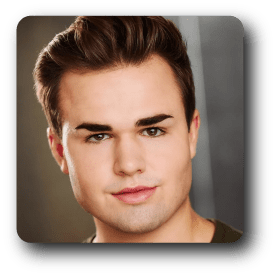 Porchlight debut! Shaun spent this past Halloween season touring with Ginger Minj in her Hocus Pocus drag show! Chicago: Priscilla Queen of the Desert (Mercury Theater). Other: La Cage Aux Folles, The 25th Annual Putnam County Spelling Bee, Crazy For You, A Christmas Story, A Chorus Line. Education: CCPA; BFA in Musical Theatre: Dance. He would like to thank his family and friends for their constant love and support! Enjoy the show!  instagram: @shaun_white11, drag instagram: @missariahard 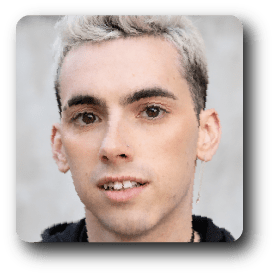 Evan Wilhelm is a theatre artist as well as a pole dancer/instructor in the city of Chicago. He is thrilled to be making his Porchlight Mainstage debut in Cabaret! He graduated from the Chicago College of Performing Arts with a BFA in musical theatre. You can find him teaching at Fly Club Chicago for all levels of pole dancers – come twirl and take a class! Thanks as always to the girlies and Elix. DPTL.