for Excellence in the Advancement of Music Theatre in Chicago

Each year, Porchlight Music Theatre celebrates an individual who has made an exceptional and lasting contribution to the state of the art of Chicago music theatre, with the prestigious Guy Adkins Award, presented at Porchlight’s annual Chicago Sings concert benefit. The recipient, chosen by committee at Porchlight Music Theatre including past recipients themselves, is selected based on the following criteria: 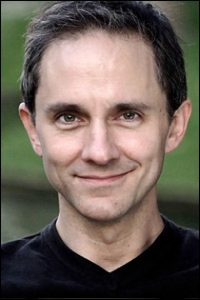 Guy Adkins was an award-winning Chicago actor.  Among his significant stage credits were Oklahoma! Windy City and A Funny Thing Happened… at Marriott Theatre; The Taming of the Shrew at Chicago Shakespeare Theatre; Pericles, Twelfth Night, The Invention of Love and the title role in Hamlet at Court Theatre; The Time of Your Life at Steppenwolf and the world premieres of the musicals The Return of Martin Guerre and The Visit, both at The Goodman Theatre. The Chicago Sun Times called Guy, “…a smart and invariably graceful actor” and The New York Times called him “outrageously talented” for his turn at “Puck” in a A Midsummer Night’s Dream at the McCarter Theatre in New Jersey.  Sadly, Guy passed away in 2010, but his spirit lives on through his many gifts to our theatre community.

The Recipients of The Guy Adkins Award

And the Award goes to…

A person who has demonstrated a profound respect and admiration for the art and craft of music theatre.

A person who has made a noticeable impact on the state of the art of music theatre in Chicago.

A person who strives to achieve their best, to create great art, and to share it passionately, proudly and wholeheartedly with an audience.

A person who, in the form of music theatre, has made the community of Chicago a better place for their efforts.

A person who has extended themselves to assist others in realizing their desire to participate in the making of music theatre.

*Previous winners are invited to become members of the voting committee