Porchlight is excited to offer a series of classes designed for our patrons to deepen their understanding and appreciation for the art and history of Musical Theatre.

Broadway by the Decade

at the Wicker Park Field House

Register for Broadway by the Decade

In this class, participants will go ‘behind-the-scenes’ of six classic Broadway musicals; one from each decade from the 1960’s to today! We’ll cover how each show was made, how it affected Broadway, how it holds up today, with lots of fun facts and trivia along the way! This discussion-based class will be led by Chris Pazdernik who Newcity Chicago described as having “a near-encyclopedic knowledge of musicals.” Chris will share his personal library of photos, songs, and video clips from each production to give a more complete picture of each decade’s show. Best of all, those who sign up for the class will get to vote on what shows we cover! 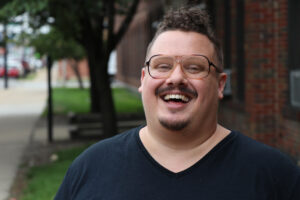 If you’re interested in joining us for any of the upcoming Engagement Classes and have questions or want to suggest a new class, please email rebeccah@porchlightmusictheatre.org. We always love to hear what you want to learn about!

Sign up for our Fall Youth Classes for ages 4-17! Our classes are grounded in the power of the American art form of music theatre to tell stories and inspire confidence & creativity in young people.

Single tickets & subscriptions now available for Mainstage shows "RENT", "Cabaret" and "Ernest Shackleton Loves Me" as well as Porchlight Revisits "The Apple Tree", "I Am A Camera" and "Two by Two"!