Available for Streaming Now through May 9

You’re Invited to The Beverly Hills Hotel for a May 1961 Interview with Elizabeth Taylor, One of the World’s Brightest Stars, as she Examines her Life, Career and Loves

Porchlight Music Theatre is proud to announce the Chicago streaming premiere with KB Productions of Call Me Elizabeth, a one-woman show about the early life of Elizabeth Taylor, written by and starring Kayla Boye and directed by Erin Kraft.

Fresh off her triumph as Best Actress for “Butterfield 8” and recovery from a recent brush with death, Elizabeth Taylor is struggling with her hardest role yet: herself. Through an intimate conversation with a biographer, Call Me Elizabeth examines the movie star’s early life, career and loves as she grapples with the culture of celebrity and her place as Hollywood’s brightest star.

This 70-minute non-musical drama, with Porchlight’s own Christopher Pazdernik as Associate Producer and featuring a world premiere song written by Chicago composer Ethan Deppe as performed by Porchlight favorite Bethany Thomas, may be viewed on-demand April 23 – May 9. Tickets are on sale now for $25 per household, with streaming available up to 72 hours after initial viewing. A portion of proceeds benefits Howard Brown Health and Brave Space Alliance in honor of Taylor’s advocacy and activism in the fight against HIV/AIDS.

Call Me Elizabeth had its first staged reading on October 1, 2019, at The Den Theatre in Chicago, directed by 12-time Joseph Jefferson Award-winner Hollis Resnik. The play’s 2019 premiere was named one of the Top 3 Solo Events of 2019 by the Michael and Mona Heath Fund.

Erin Kraft is a Chicago-based director whose recent projects include: In A Word (Urbanite Theatre, Sarasota), the world premiere of The Great Inconvenience (Annex Theatre), We Are Proud to Present a Presentation…, The Fairytale Lives of Russian Girls, Circle Mirror Transformation, Tender, The Lady From the Sea and The Merchant of Venice (The Theatre School). She has directed new play workshops and world premieres for Seattle Repertory Theatre, Chicago Dramatists, 20% Theatre, Prop Theatre, Washington Ensemble Theatre, Book-It Repertory Theatre and Northwest Playwrights Alliance. She is a member of the Lincoln Center Director’s Lab, the SDCF 2018-2019 Observership Class and earned her MFA in Directing from The Theatre School at DePaul University, where she is currently a directing faculty member for the Summer High School Training Program.

Christopher Pazdernik is an artist with “a near encyclopedic knowledge of musicals” (NewCity Stage) based in Chicago. He is Porchlight Music Theatre’s producing associate & company manager and recently directed Porchlight’s virtual offering New Faces Sing Broadway 1987 in fall 2020. Pazdernik has also directed for Porchlight Revisits, Porchlight Music Theatre’s lost musicals series, where he has helmed Anyone Can Whistle, City of Angels, Applause, The Rink, Do Re Mi, Merrily We Roll Along (play), Minnie’s Boys and Call Me Madam. For three seasons, he was the artistic director of Refuge Theatre Project, where he directed High Fidelity (Jeff Awards: Best Director & Best Musical), The Spitfire Grill, The Last Session and Hands on a Hardbody as well as producing the Chicago premieres of Things to Ruin and Lysistrata Jones. Other credits include work with Round Barn Theatre, Chicago Theatre Workshop, Underscore Theatre Company, Eclectic Theatre Company, Ohio Northern University, three years directing the Non-Equity Jeff Awards and a judge for the 2019 Chicago Music Theatre Festival. Pazdernik also has extensive producing, casting and management experience including First Date (company manager–Chicago premiere), Splintered Soul (company manager–Chicago premiere), Rosencranz Mysteries (associate producer–world premiere), Civility of Albert Cashier (associate producer–World premiere), Miracle (casting director–world premiere) and Call Me Elizabeth (associate producer–streaming premiere). In addition to his work with Howard Brown, he conceived and produced the Chicago Offstage! benefit event in 2020 for Season of Concern and he has captained a team for the AIDS Run & Walk Chicago since 2015, where he is consistently one of the top fundraisers for the event.

Ethan is a Chicago-based composer, musician, and electronic music designer. Raised on a unique diet of classical music, heavy metal, and musical theatre, he attended the University of Illinois Urbana-Champaign. As a composer for the theatre, Ethan has written four original musicals and contributed original songs and scores for dozens of plays throughout Chicagoland and around the country. A prolific composer for the screen, Ethan’s music can be heard virtually every day on television. Credits include: 20/20, 60 Minutes, Good Morning America, The Today Show, CBS This Morning, The Bold and the Beautiful, The Young and the Restless, The Nate Berkus Show, What Would You Do?, Let’s Make A Deal, NY Med, Katie, Nightline Presents, Dateline NBC, Boston EMS, The Real Housewives of Melbourne, The Real Housewives of Sydney, and The Real Housewives of Aukland. ethandeppe.com

Bethany is a Chicago singer/actor/songwriter known for her work with Writers Theatre, Chicago Shakespeare Theater, Porchlight Music Theatre, Marriott Lincolnshire, The Goodman, and Milwaukee Rep; and also frequently entangled with The Fly Honeys, The Paper Machete, The Neo Futurists, Steppenwolf Theatre Company, The Second City, WBEZ and the Hideout. A 3Arts Awardee in music, BT tours and records with the alt-country project Jon Langford’s Four Lost Souls, and writes and records her own music. 2020 saw the release of her critically-acclaimed, debut album BT/She/Her, and another with longtime collaborator Tawny Newsome, entitled Material Flats. Find Bethany on Bandcamp, Spotify and everywhere else.
ig: @bethanyt80 bethanythomasmusic.com

Ryan is the founder and creative director of Castlelight Productions, a Chicago-based production house with an emphasis on visual storytelling. At the core, Cassell is a creator: making the story a central feature of his work. He specializes in filming, editing, audio engineering and post-production finessing. He works with clients ranging from music festivals and large-scale events to tourism, non-profit and educational organizations, as well as major brands like Sony, Weber Grill and United Airlines. His care for details is one of the reasons his clients trust his vision and selection. Cassell lends his skills to events such as Coachella, the Latin GRAMMYs and Bonnaroo. His footage is also featured in the documentary Pooh that follows NBA player, Derek Rose. castlelightproductions.com

Kàchí is a portrait and lifestyle photographer who began his photographic journey in the picturesque city of Jos, Nigeria. While working as a music producer, he took up photography as a fun creative outlet and quickly discovered the power of the camera as a medium to connect with people. This led to deeper dives into photography education and experimentation which ultimately led him to Chicago and photography as a career. He believes that the pursuit of light and human connection through the camera is one that will have no end as long as the earth has people and stories. His ever favourite subject to photograph remains his wife and business partner, Jeanine. kachimozie.com

KB Productions LLC is a female-owned production company based in Chicago. Call Me Elizabeth is its first production and has been presented in Chicago and Youngstown, Ohio.

This is a third party presentation presented by KB Productions.
Porchlight Music Theatre is not responsible for its content. 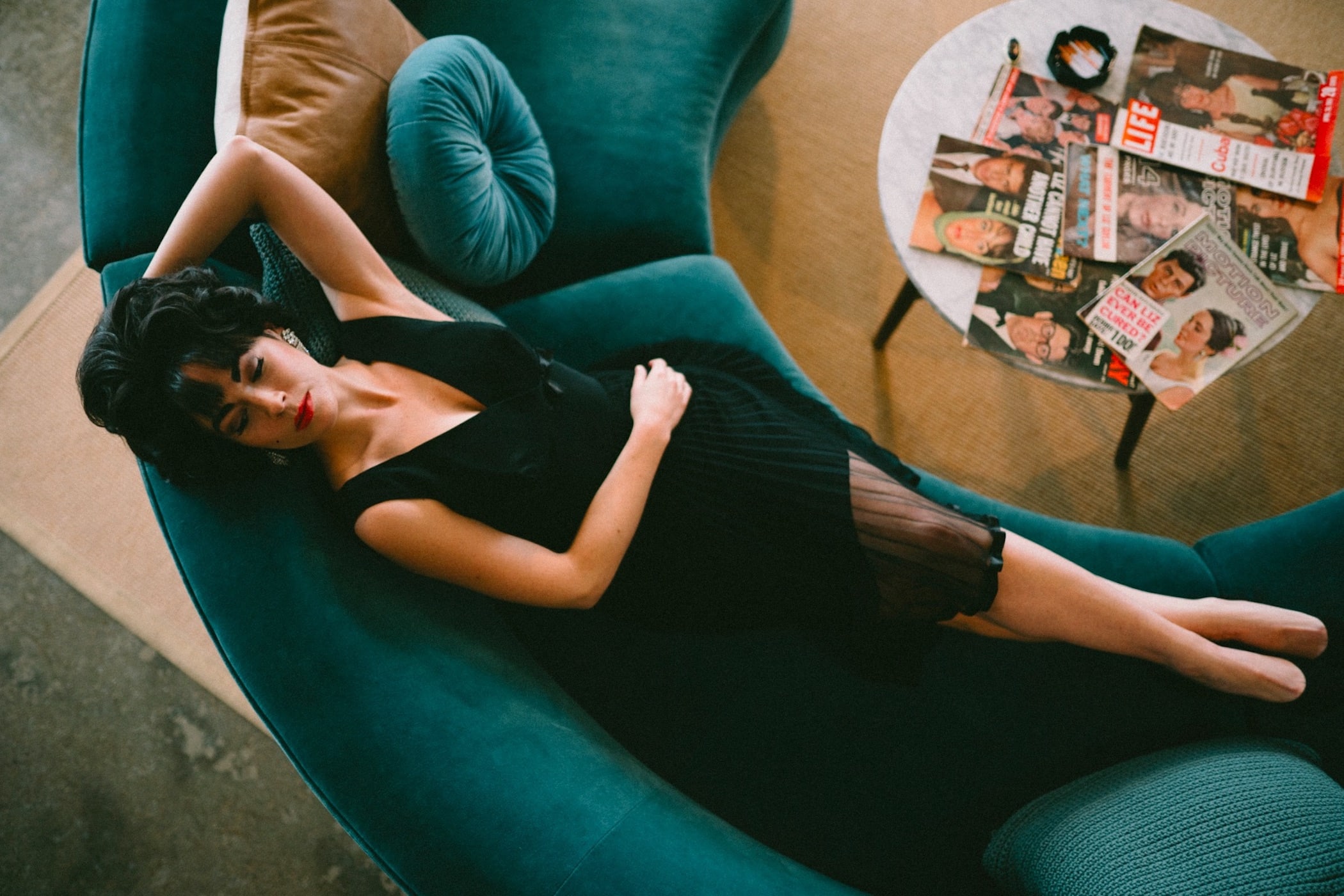 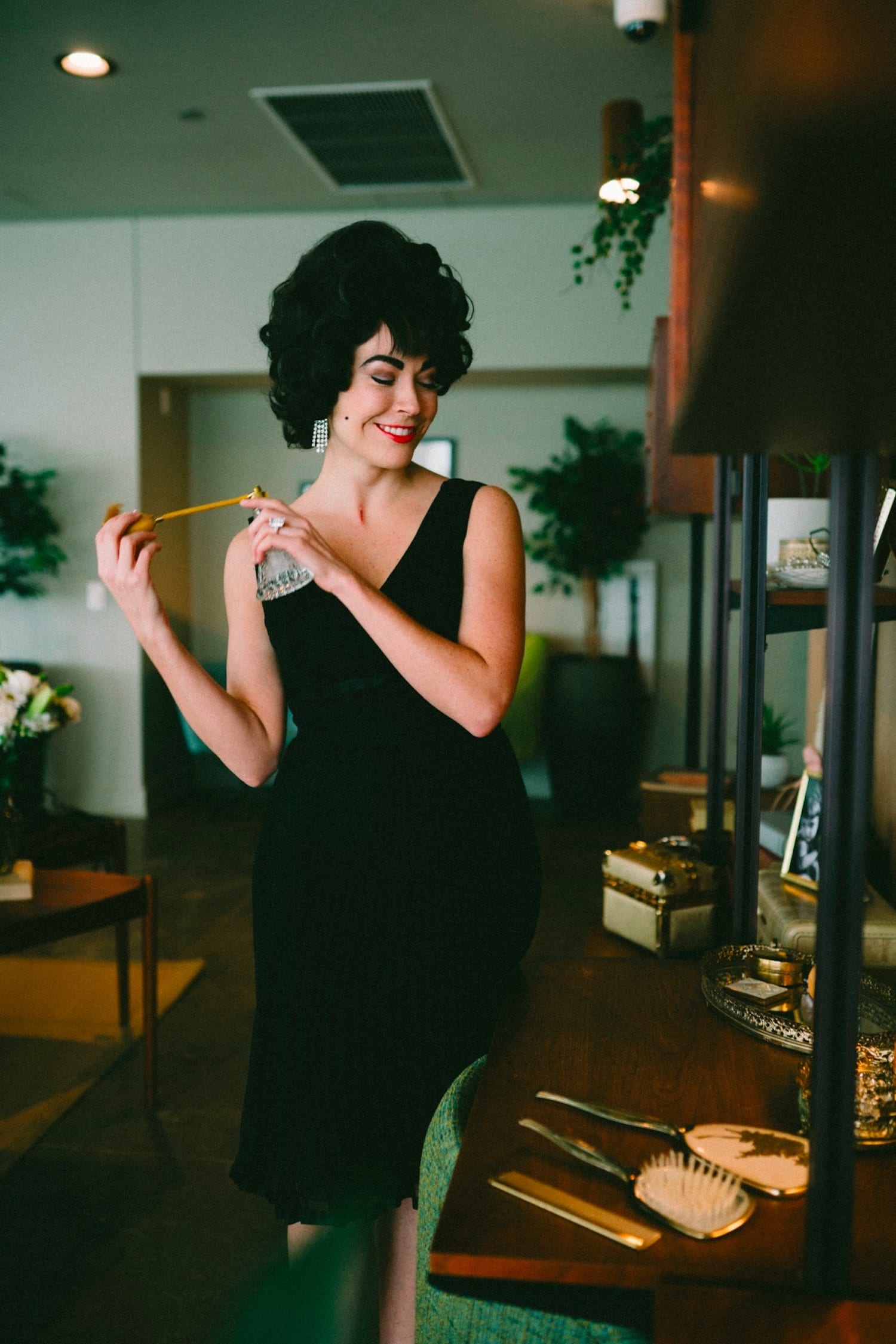 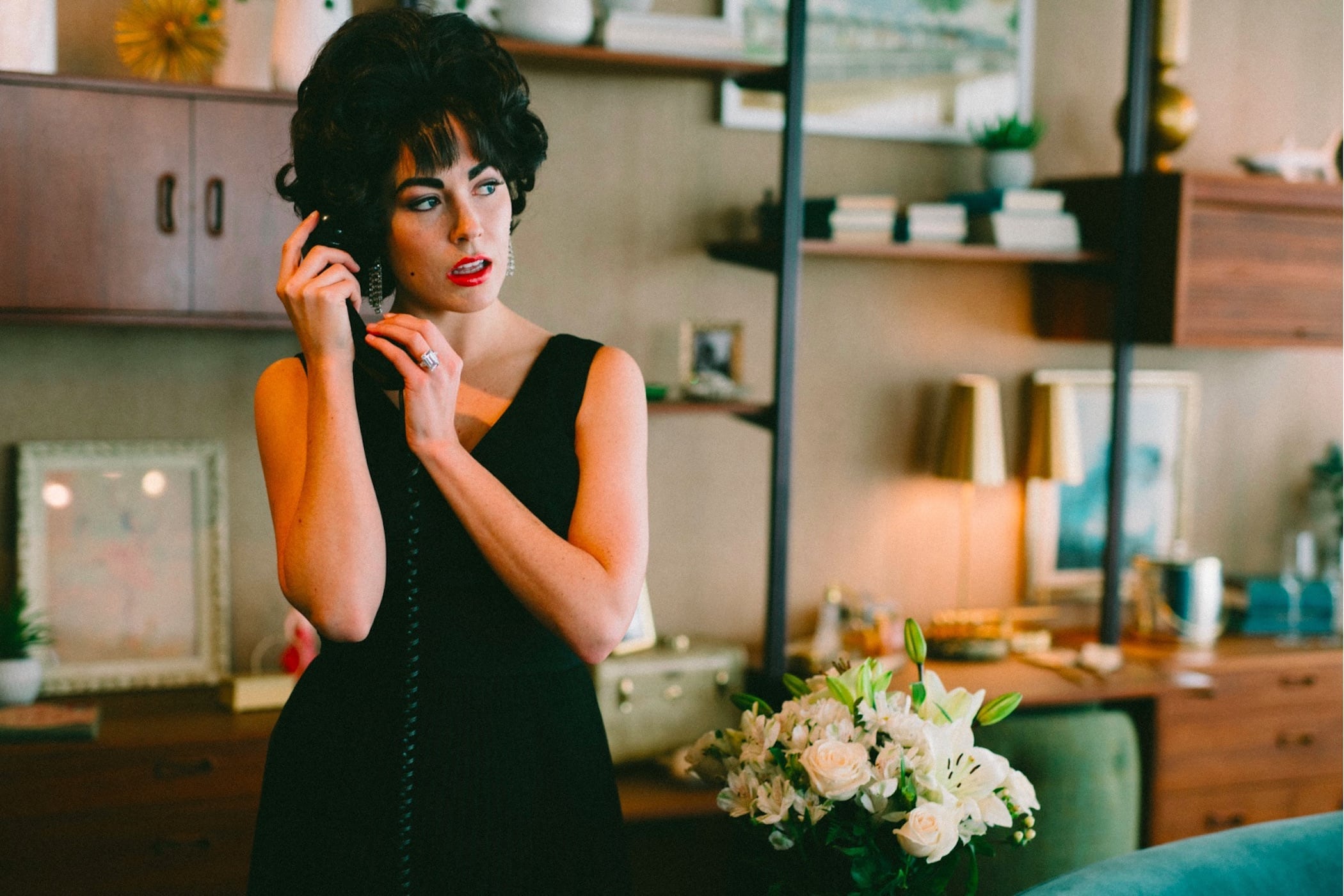 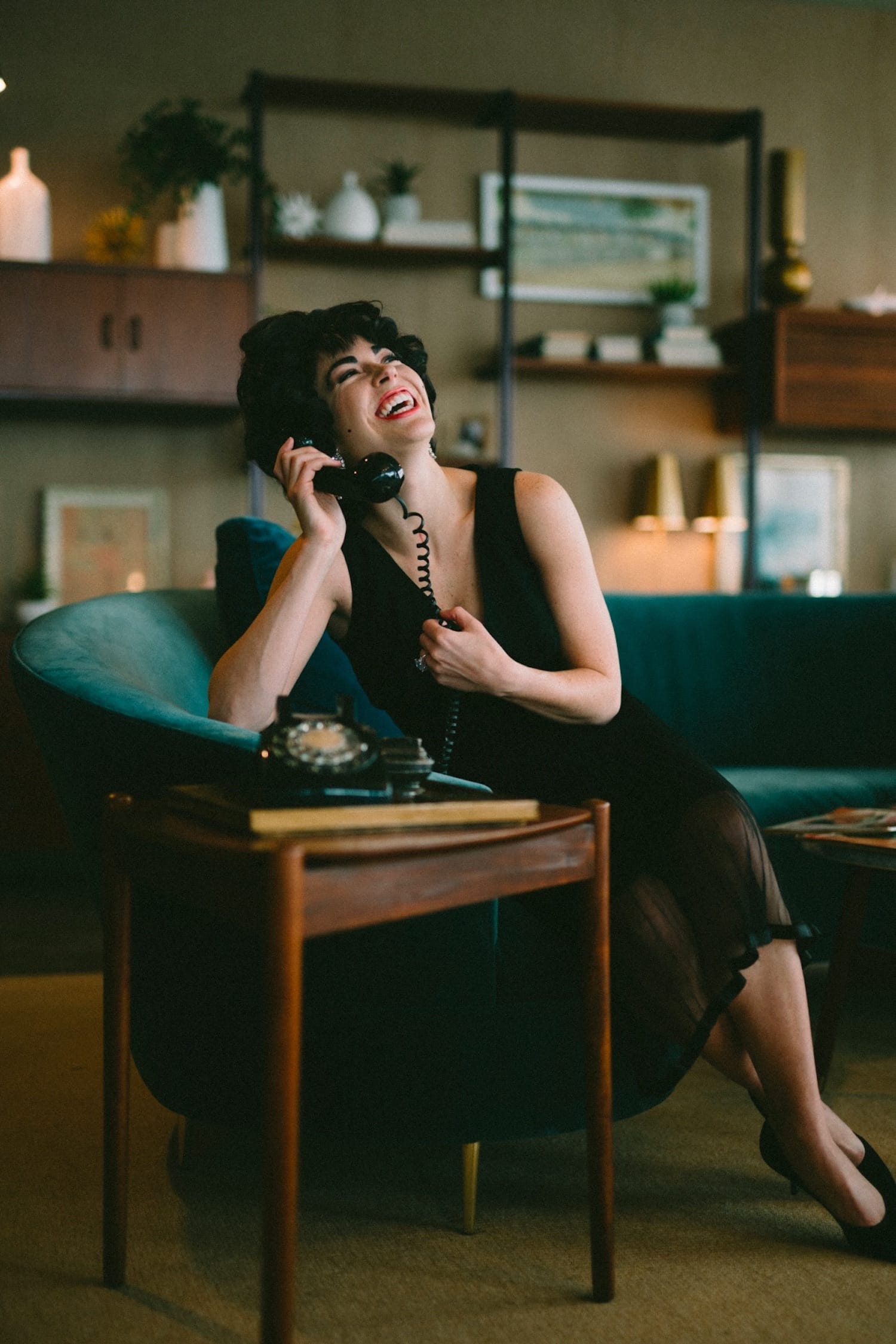 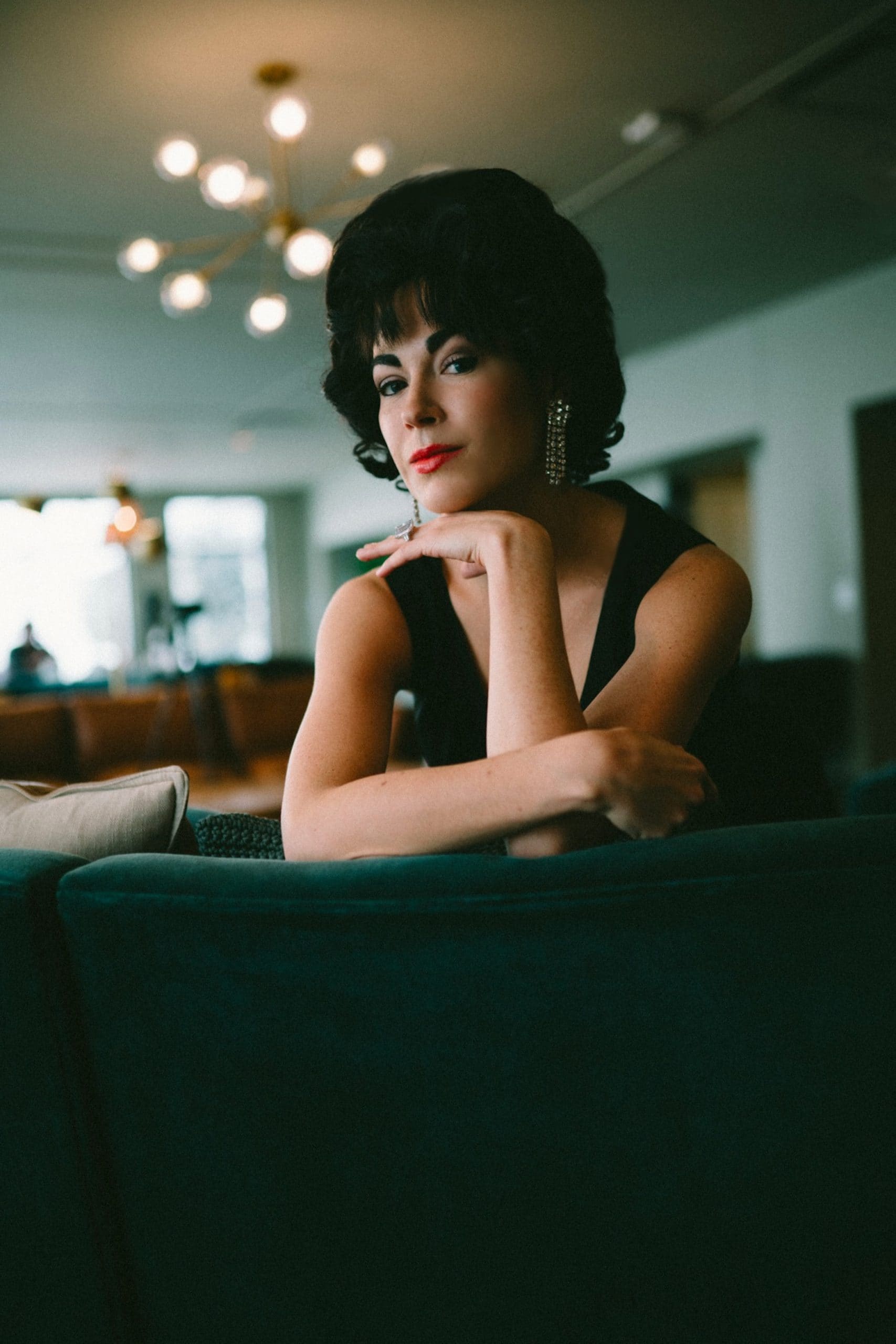 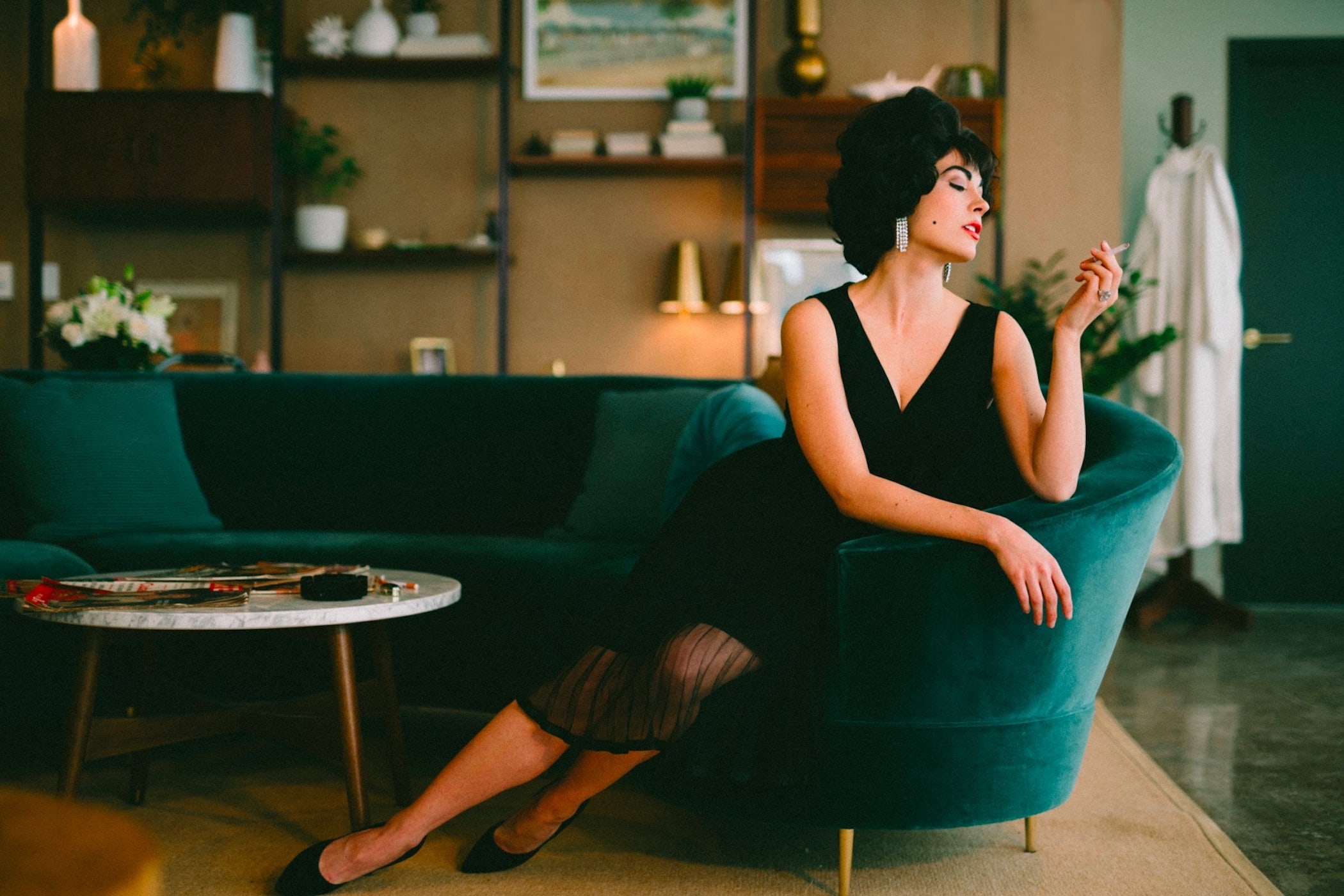