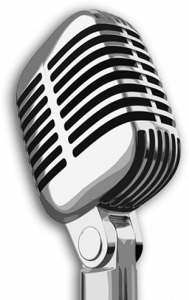 For more than a decade, Chicago Sings, Porchlight’s annual fundraiser has honored artists and organizations whose music has changed the world. Join Porchlight and Chicago’s music theatre and cabaret stars as they shine the spotlight this year on the company that taught audiences what a movie musical could be – Metro Goldwyn Mayer. With a stable of incomparable stars that included Gene Kelly, Judy Garland, Lena Horne, Fred Astaire, Cyd Charisse, Jeanette MacDonald, Mickey Rooney, Esther Williams and “more stars than there are in the heavens,” this film studio gave birth to some of the landmark productions including The Wizard of Oz, Singin’ in the Rain, An American in Paris, and Meet Me in St. Louis.

Chicago’s home for music theatre pays tribute to these films and more as CHICAGO SINGS THE MGM MUSICALS!

Songs performed and artists may change without notice.

Chicago Sings, Porchlight’s annual fundraiser, has honored artists and organizations whose music has changed the world, and this year, in addition to celebrating MGM Musicals, Porchlight Music Theatre is honoring James Jensen with its inaugural The Luminary Award—- For Exemplary Leadership and Support of Music Theatre in Chicago. The Luminary Award recognizes an outstanding individual, family or family foundation with a history of philanthropic and volunteer leadership on behalf of Porchlight Music Theatre and music theatre in Chicago, and whose generosity inspires others to philanthropic action.

Tickets are $75 (As this is one of Porchlight’s annual fundraising events the ticket costs are tax deductible).

Seating is limited and done on a first come, first serve basis and at the discretion of the Second City staff. If you have accessibility needs, please let the Porchlight Music Theatre box office know when purchasing tickets, or via phone at 773-777-9884.

Food & Beverage will be available at the venue, but not included in the price of your ticket.