Hosted by End of the Rainbow’s Angela Ingersoll 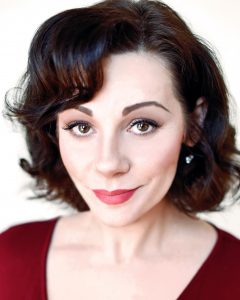 New Faces Sing Broadway takes you in a musical time machine from the start to the finish of one full season of Broadway. Peppered with photos and films of the era in an exciting multimedia presentation, trivia games with prizes, sing-alongs and more, a favorite celebrity host introduces you to the next generation of music theatre artists while serving as your guide to the stars, songs, and stories of a full season on the Great White Way!

My Fair Lady, The Most Happy Fella, Bells Are Ringing and more!

Directed by Brianna Borger with Music Direction by Chuck Larkin

Metered and non-metered street parking available in the vicinity. There is also a small public garage with metered spots directly across the street from SPACE.

SPACE has a full bar with an exciting array of cocktails and an extensive beer list. While they do not serve food in our venue, customers are welcome to bring in pizza from Union, the restaurant located in front or dine there before hand.

Valet parking is available for $14. There are many wonderful restaurants in the vicinity.

The cast of New Faces Sing Broadway 1956 includes: Bryce Ancil (recently in Spring Awakening with Blank Theatre), Ben Barker (who appeared in Into the Woods at Writers Theatre), Grace Bobber (seen in Pinkalicious at Marriott), Lydie Burke (last in Junie B. Jones at Marriott Theatre), Justine Cameron (currently in Newsies at Paramount), Carl Herzog (seen in Bridges of Madison County with Theo Ubique), Juan Gonzalez Machain (recently in My Manana Comes at Teatro Vista), Jennifer Ledema (recently seen in Grand Hotel with Kokandy), Eunice (Yoo-Mi) Park (soon to be seen in Baked! The Musical at the Chicago Music Theater Festival) and Ken Singleton (now in Newsies at Paramount).