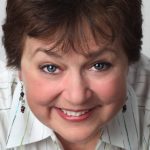 Porchlight Revisits Minnie’s Boys is a joyful and loving look at the young Marx Brothers as they chart their journey from vaudeville toward Hollywood and their invention of the greasepaint mustache, the honking horn and the tickling of the famous piano keys. Minnie’s Boys also introduces audiences to Minnie, portrayed by Shelley Winters in the original 1970 Broadway production, the Marx Brothers’ mother who was the driving force behind the boys’ fight for fame.

“A Conversation with Larry Grossman” 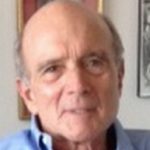 Thursday, May 23 at 4:45pm — A Porchlight Revisits Special Event!

Artistic Director Michael Weber and Minnie’s Boys composer Larry Grossman will take the audience behind the scenes and highlight the creation of Minnie’s Boys, discuss Grossman’s experiences working with some of Broadway and Hollywood’s top talents. Featuring performances by Minnie’s Boys stars Liz Pazik and Mark Kaplan of material cut from the original Broadway production. With Larry having worked alongside major talents including Hal Prince, Comden and Green, Shelley Winters, Ann Reinking, Joel Grey, Ben Vereen and others, we could not be more excited to engage this veteran Broadway composer in conversation with our Porchlight audiences and get a glimpse into his remarkable career.

Admission for this SPECIAL EVENT is free and reservations are required. Reserve your seats today at 773.777.9884. 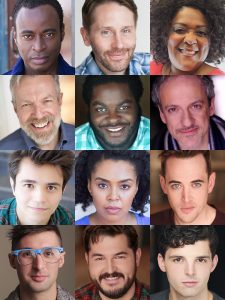 One of Porchlight’s most popular offerings, Porchlight Revisits returns! Now in its fifth year, this special series brings together music theatre aficionados to visit three musicals that opened on the Great White Way but have since gone “unsung.” The finest music theatre artists in Chicago dust off these neglected treasures and, fully staged with script in hand, escort you to the world of Broadway’s past.

A joyful and loving look at the young Marx Brothers as they chart their journey from vaudeville toward Hollywood and their invention of the greasepaint moustache, the honking horn and the tickling of the famous piano keys.

To enhance your experience, before every Porchlight Revisits production, audiences are invited to the “Behind the Show Backstory” multimedia presentation, created and hosted by Artistic Director Michael Weber, discussing that evening’s production including the show’s creative history, juicy backstage gossip and much more.

The production sponsor for Minnie’s Boys is June Golin.